The Origins of the Club

Royal Wellington is one of New Zealand’s oldest golf clubs. Golf has been played in New Zealand since 1871, although it was not until the 1890s that the sport got underway in earnest. The Otago Golf Club was founded in 1873 but soon lapsed and was not revived again until 1892. The Christchurch Golf Club was established at Hagley Park in 1873 and eventually settled at Shirley in 1900. 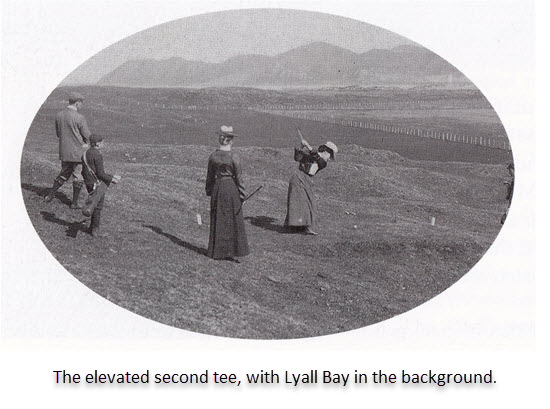 Golf was first played in Wellington at Hutt Park Raceway on 2 April 1892 and the country’s third golf club (and the region’s first), Hutt Golf Club, was formed that same year. Nine holes were laid out and a club house built. A key figure in that club’s establishment was Scots-born David Howden, who had brought out a set of clubs when he immigrated and was just waiting for an opportunity to play. Relocated in 1908, and renamed Boulcott’s Farm Heritage Golf Club as part of a merger in 2010, it remains the region’s oldest golf club.

Some Hutt members thought the trip to Hutt Park was ‘too far and too expensive’ and attempts to establish a club closer to the city began; in March 1895 it was reported that a group of women were looking to form a golf club at Kilbirnie. What became of this is not known, but in late April that year a meeting at the Wellington Art Gallery was called with the aim of forming what became known as the Wellington Golf Club. What many of the attendees did not know was that two of the principal drivers, Ethel Duncan and David Howden, had already seen farmland at Miramar, owned by the Crawford family, that could be leased for a course. The meeting, held on 30 April 1895, saw 70 prospective members identified and a committee of four women and four men formed. (The prominent role of women in the formation and administration of the club will be the subject of our next bulletin.)

The newly-formed club decided to take on the Crawford land, which straddled the flat and the elevated hills and dunes at the south-eastern end of Miramar. In an extraordinary burst of activity, 15 holes were laid out and a small pavilion/club house built, all in a little over two months. The work included clearing ’20 acres of rushes’, which the club contracted out. The routing of the holes and the forming of tees and greens was presumably done by members.

Golf was already underway in late May, well before the well-attended official opening, which took place in awful weather on 18 July 1895.

It was no easy matter to get to the Miramar links by land, but the club arranged for drags (carriages) to take golfers from town to the course. Some walked or biked or took their own horse. From 1901, there were also regular ferry services from the city to Burnham Wharf. In the days before ‘The Cutting’, this still required a slog over the hill to the course.

The club hired a caretaker, a Mr A. Lindsay, and with the strong support of the Crawfords, the club made itself at home at Miramar, extending the course to 18 holes and building a bigger club house, with stables, in 1901. In 1902, it hired its first professional, Englishman John Cuthbert. However, its future in Miramar was never properly settled despite being offered the property for purchase in 1902. When the opportunity came to establish a permanent home at Heretaunga, the club made the bold move to walk away from the course and its still new club house. Play continued on six holes at Miramar for a period. In 1908, some of the club’s old course was taken over by the Karori Golf Club (renamed the Miramar Golf Club the following year). It is unlikely, but it’s possible that some of the original holes remain within Miramar’s current boundaries.