On 30 April 1895 a meeting of people interested in establishing a golf club in Wellington, led by Ethel Duncan and David Howden, formed a committee to investigate leasing part of the Crawford farmland on the Miramar peninsula. 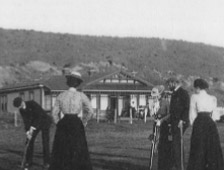 The committee comprised four women and four men, the Chairman being Leonard Tripp.  At the next meeting The Wellington Golf Club was formed, members to consist of ladies and gentlemen; 70 of those attending applied for membership, subscription one guinea. The strong role of women in the club’s foundation has been an influence in the club’s development ever since. In 73 days the club was opened with a 15 hole course laid out and a clubhouse with two rooms completed. The target of l00 members had been achieved before the official opening on 18 July 1895. The women’s committee selected the club colours, black and yellow. 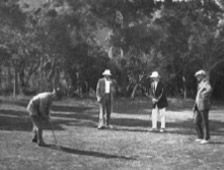 The Course at Heretaunga

In 1904 the club experienced difficulties in renewing its lease and looked elsewhere for suitable golfing land. The Barton family offered to sell club 48.5 hectares of their Silverstream farm which was agreed to by a meeting on 20 November 1906. The new course was almost certainly laid out on the advice of the club’s then professional, Englishman John Cuthbert, who also designed Nelson Golf Club’s course. Contractors and club members worked hard to clear the land and drain marshes and construct the rudimentary course. Members donated trees and shrubs for beautification. A tennis court, croquet green and putting green were also built, along with a clubhouse, designed by architects Crichton and MacKay. On 25 April 1908, Joseph Ward, Prime Minister and president of the club, performed the opening ceremony and invited noted golfer and founding member, ADS (Arthur) Duncan to drive the first ball.

Players on the green of the original par 3 fifth, 1919. (Royal Wellington Golf Club) 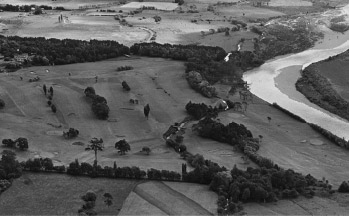 An aerial view of the course in 1949. The Hutt River was right next to the golf course until a major change in its alignment in the late 1960s. Land to the north and south of the course was later acquired and used to expand the course in the early 1970s. (Royal Wellington Golf Club)

Despite the extra distance required to travel to the new course, most members stuck with the club and it grew quickly. Temporary greens were in use for a year or so before properly formed tees, greens and bunkers were built. The club’s first professional at the new course, Gilbert Martin, who helped design The Australian in Sydney, was responsible for the design of the new greens and bunkers. With minor adjustments, this remained the course played until 1972. Land previously acquired by the club on its north and south boundaries was employed in a major redevelopment of the course in 1972-73. Six new holes were built, designed and supervised by Sloan Morpeth and his assistant J.S. Watson. The completion of a new 18 hole championship course allowed the formation of an ‘inner-nine’, where several holes still played much as they had in 1908. The new layout opened on 24 March 1974. In 1992-93 the championship course greens were rebuilt to designs by Sir Bob Charles and John Darby. 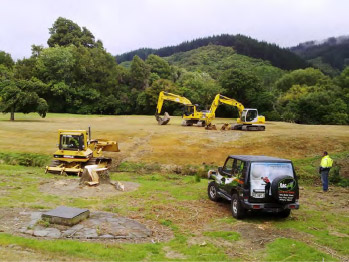 Diggers arrive on the site of the new 11th hole on 2 February 2011, the start of work on the course redevelopment. (Royal Wellington Golf Club)

In 2006, the year after the club celebrated a century at Heretaunga, a Michael Clayton course master plan was approved by the club as the basis for future course development. This decision was over-turned in December 2010 when a new master plan from Turner Macpherson Golf Design was presented to members at a special general meeting. The new plan was accepted and work began on 1 February 2011. The new course was officially reopened in February 2014 amid a week of celebrations involving Royal, reciprocals and local clubs. The club plays two courses – the championship Heretaunga course and the Terrace nine, made up of holes in the northern portion of the course not required for the redevelopment. A composite course using the Terrace course and one or other of the Heretaunga course nines is also used from time to time.

The club has produced many champion golfers, but none better than ADS Duncan, who dominated amateur golf for a longer period than any other player. He won three New Zealand Opens and 10 New Zealand Amateur championships. He was still playing at Heretaunga on single figures during the 1940s. Wellington Golf Club had five New Zealand women amateur champions, Eileen Williams (1904, 07, 13, 14, 21, 22), Vida Pearce (1903), Babs Collins (1910, 1912), Lucy Brandon (1911) and Suzanne Collins (1938). 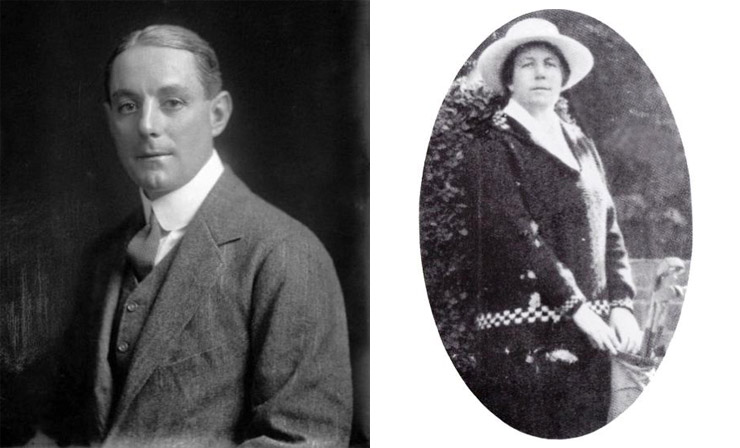 The club has hosted numerous significant events. The first New Zealand Amateur Championship was held in 1899 and the New Zealand Women’s Championship in 1903, both at Miramar. Six New Zealand Opens have been held at Heretaunga, the first in 1912, won by JA Clements. The third open, in 1954, was won by 18 year-old Bob Charles, the youngest player and first left-hander to win the championship. The Open in 1976 was won by another New Zealander, Simon Owen. The 1981 Open was won by Australian Bob Shearer and in 1987 Irishman Ronan Rafferty won after a lengthy playoff with Larry Nelson. In 1995, Australian Lucas Parsons was the winner of the sixth and last open held at the club. This event formed part of the club’s centenary celebration, which included a week of events in November that year. 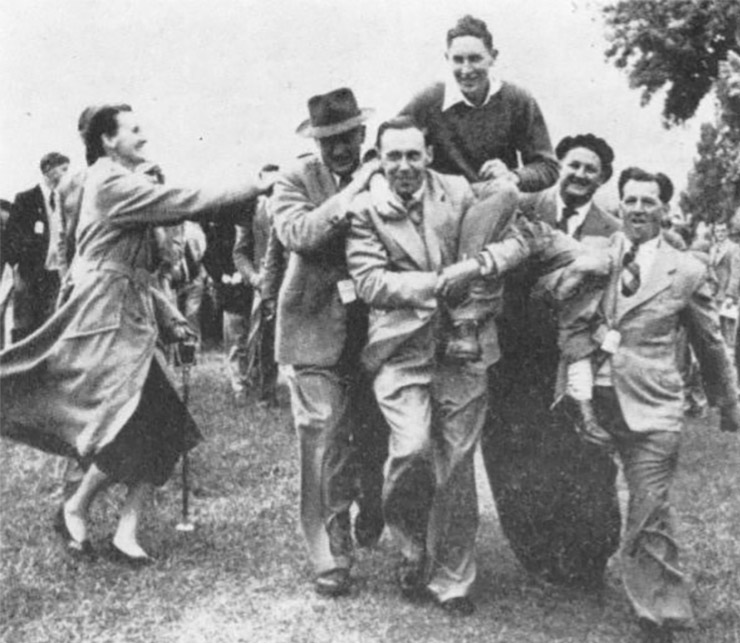 The club’s much loved club house has been extended and altered on a number of occasions – notably in 1925, 1956, 1961, and 1972. Overnight accommodation used to be provided in the building but this was removed to increase the women’s locker accommodation in the early 1970s. The building is still the heart of the club’s post-golf activities. The club has built numerous outbuildings, including accommodation for the manager and caterer, pro shop and sprig bar/tennis pavilion, on-course pavilions and green keeping facilities.  It built a pool, in 1960, and retains three, well-used tennis courts. 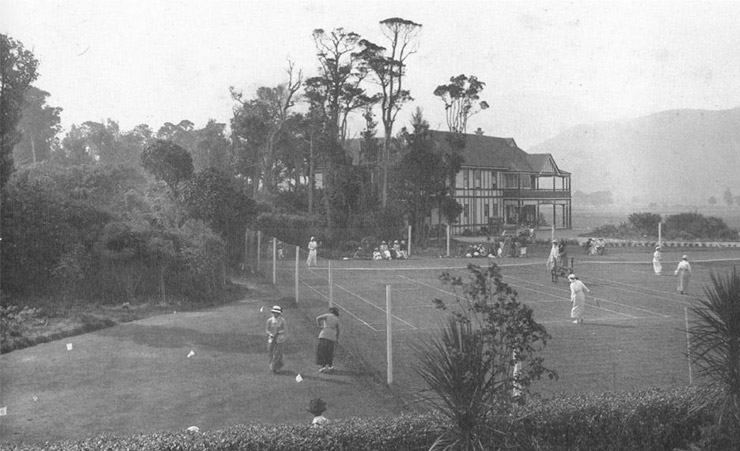 The tennis courts with the clubhouse in the background, c.1920s.(Royal Wellington Golf Club)

In 2004, to commemorate the 250th year of the Royal and Ancient Golf Club of St Andrews, Her Majesty Queen Elizabeth consented on 10 June 2004 that the club should be known as Royal Wellington Golf Club. This was a culmination of a century or more of sustained contact with other like-minded clubs in many parts of the world. Throughout its history, the club has stayed close to the traditions established during its foundation but also aimed to be progressive and responsive to the way the game of golf changes. Royal Wellington Golf Club approaches its 125th anniversary in very good heart.

As part of our celebrations of 125 years as a club, we are compiling a series of short essays about aspects of the club’s history, written by club member and historian Michael Kelly. This is the homepage for that project. Feel free to check back regularly to see what has been posted. By the end of this year (2020) this page will contain a broad overview of the club’s history. Those who are unfamiliar with our history may find it particularly useful.