When the club took possession of its new land at Heretaunga in 1907 it was the proud, if indebted, owner of approximately 81 hectares of farmland. Of this, about 52 hectares was set aside for the golf course and amenities and the rest either placed in the hands of a syndicate of members to be disposed of for private sale or left unused. The area set aside for the course was more than sufficient to hold 18 holes and related facilities, so the club’s boundaries remained constant for a number of decades. 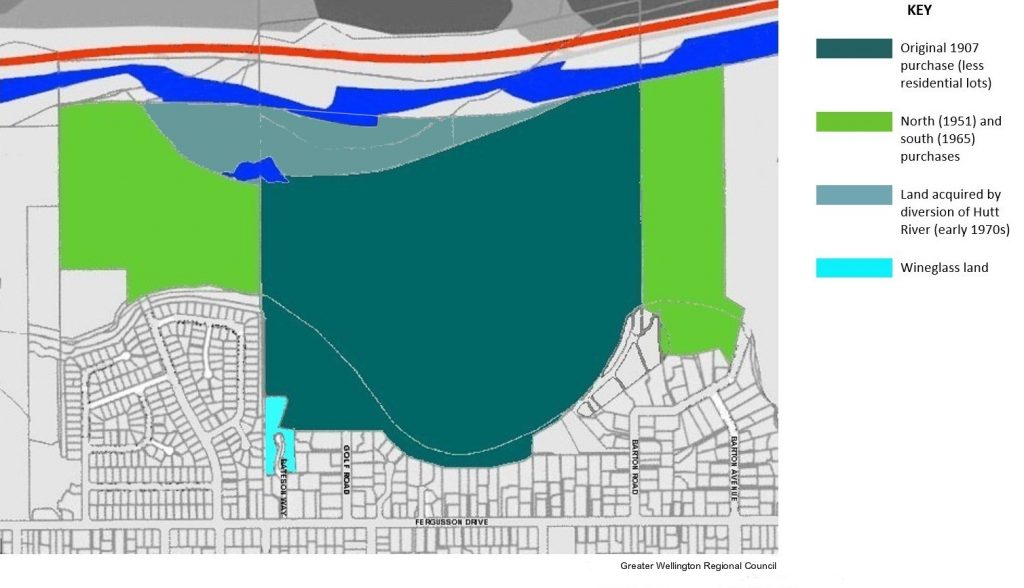 A plan showing the extent of the club’s holdings, plus the ‘Wineglass’ land.

During its early history, the club’s fortunes ebbed and flowed; it initially had to get its finances into a sound position and then struggled through the Depression and World War II. The 1950s ushered in a golden period; the club’s coffers were filling and the membership list was moving slowly. In 1951, the club’s foresight and penchant for planning kicked into gear and, with no publicly-stated goal, it bought the 11-hectare paddock on the immediate north of the club’s boundary from the Barton family for £6,750. It then leased it for farming. The following decade, the club was able to add 14 hectares of land to the south, patiently negotiated from the Gabites family. The sale was concluded in 1965.

Later that decade, the Hutt River Board (later to become part of the Greater Wellington Regional Council) decided to straighten the alignment of the river in the area adjacent to the course to assist with flood control. The river had always been very close to the club’s western holes and the change mostly redirected it further west. As part of this scheme, the club exchanged land with the Board. The alteration to the river was completed in the early 1970s. Together with some land leftover from the Gabites purchase, the property acquired by the club courtesy of the land swap (mostly filled-in river bed) was later planted in pine trees and then left. 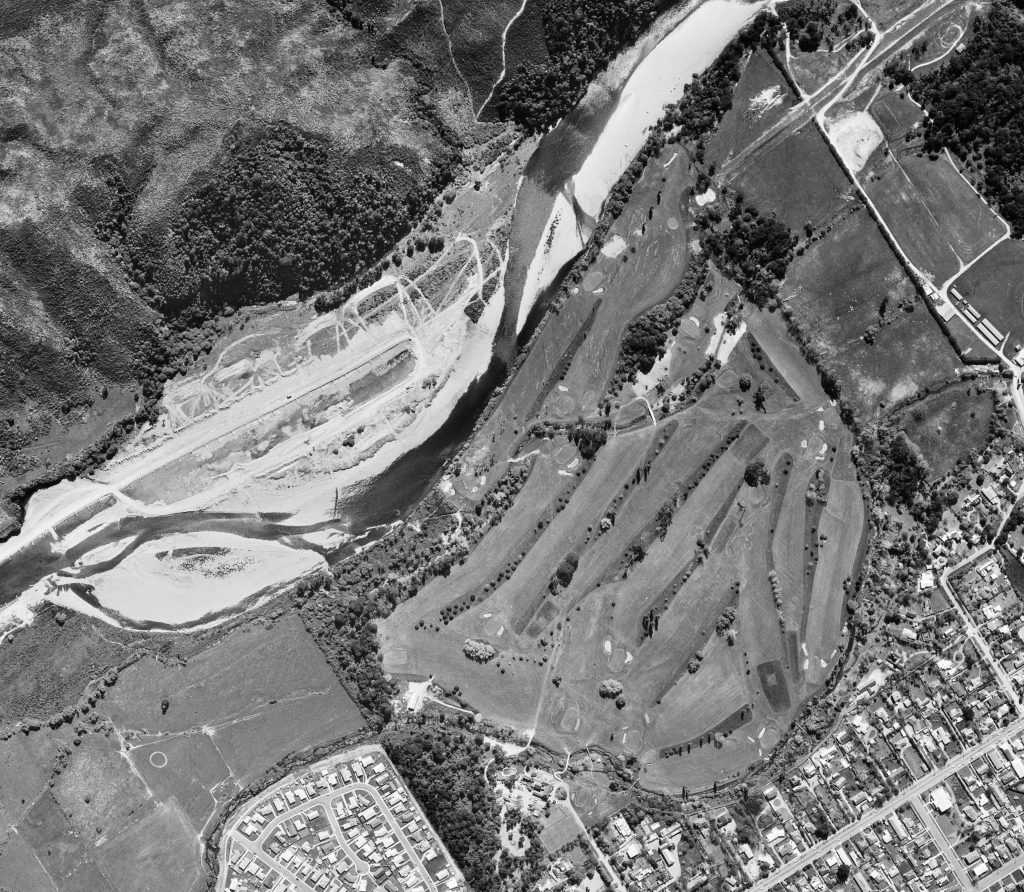 An aerial image of the club’s land, including the undeveloped north and south paddocks, in 1969. Work on realigning the Hutt River is underway. (Retrolens.nz)

While the realignment of the river was taking place, the club had begun work on building six new holes, three in each of the paddocks to the north and south of the original course. With the addition of new holes on the club’s original land, the club now had 27 holes. This put it in elite company, with few clubs in New Zealand enjoying such playing opportunities. 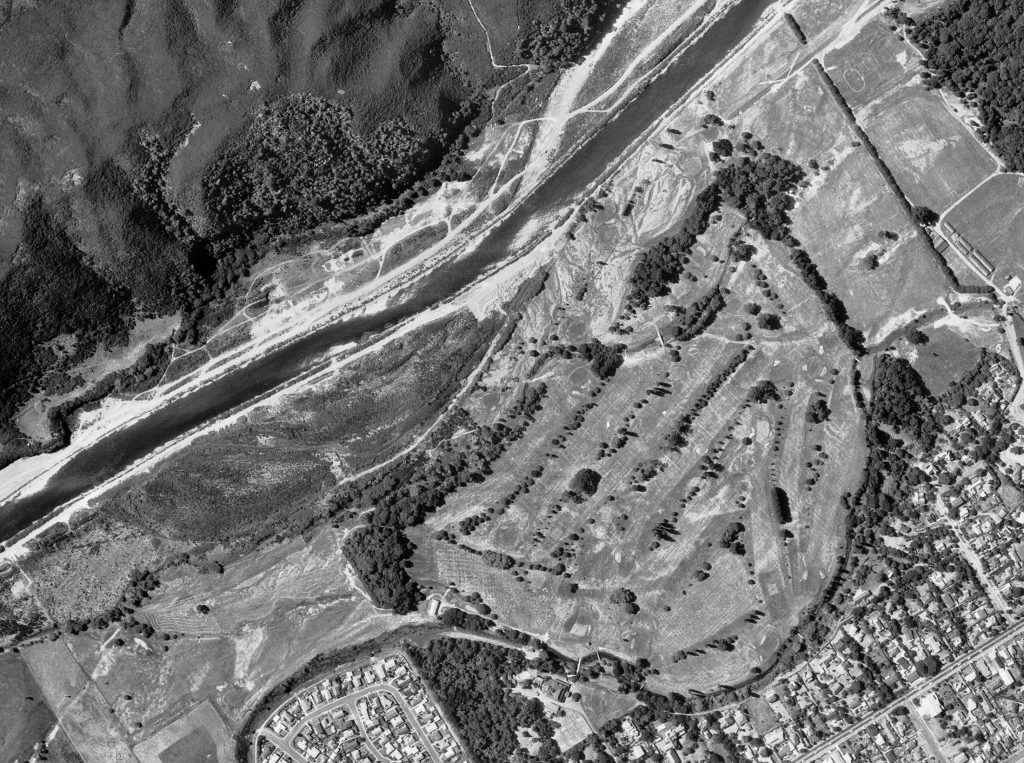 The same view in 1974, with the course additions evident and the diversion of the Hutt River completed. (Retrolens.nz)

The land covered in pine trees came to the fore in 2010-2013 when work began on the project to build the club’s new championship course. The removal of the trees and the addition of topsoil allowed the designers, Turner Macpherson Golf Design, to build at least part of four new holes and create a lake to border the new 4th. The club’s western boundary extends beyond the fence line, but during construction the club gifted the rights to the land to the Greater Wellington Regional Council for a riverside walking trail.

In 2012, to help with financing the construction of the new course, the club decided to develop its last accessible and unused piece of land. The club had intended selling the entire site to a developer, but this proved unsuccessful and after some earlier advice on tax was favourably updated, the club decided to take on the development, and the risk and reward, itself. Known colloquially as ‘The Wineglass’ for its vague similarity to the drinking vessel, the land was at the end of a right-of-way created off Fergusson Drive, just south of Golf Road, and abutted the south-eastern corner of the car park. There was room for 10 sections, all of which have since been sold for houses. 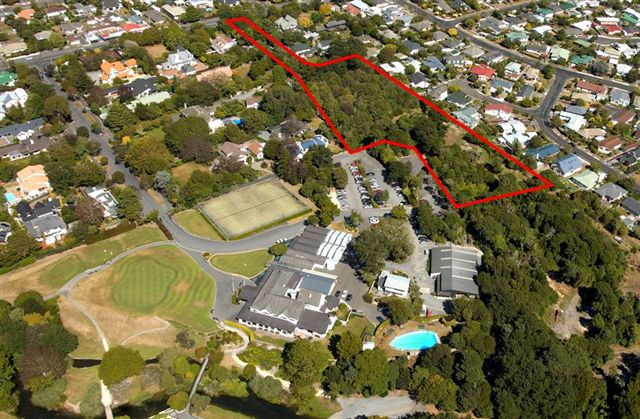 Today the club’s holdings total about 88 hectares. Although the club has many pockets of unused land in various parts of its property, all are either inaccessible or on flood plain, so there will be no further opportunity to subdivide club land. Likewise, there are no obvious opportunities to extend the club’s holdings. It seems likely therefore that the club’s boundary is set to stay as it is for a very long time.