A club like Royal Wellington has had its fair share of great golfers, and a lot of that talent has been fostered in the club. Unfortunately, there is only room here to mention some names. Any notable omissions are simply because of a lack of space.

No history of Royal Wellington golfers could ignore the extraordinary Arthur Donald Stuart (ADS) Duncan (1875-1951), who was admired not only for his incredible accomplishments and his warm manner but also because he was entirely home-grown. A natural sportsman, he had lived most of his formative years in Wellington and by the time the club was established at Miramar in 1895 he was 20 years old. That he was soon playing at a high level despite having never played regular golf on a course is remarkable. He was still playing off scratch well into in his retirement and in 1935, aged 60, he finished third (and low amateur) at the New Zealand Open at Shirley. ADS, as he was known, dominated amateur golf for a longer period than any other player. He won three New Zealand Opens and 10 New Zealand Amateur championships. He remains a revered figure. 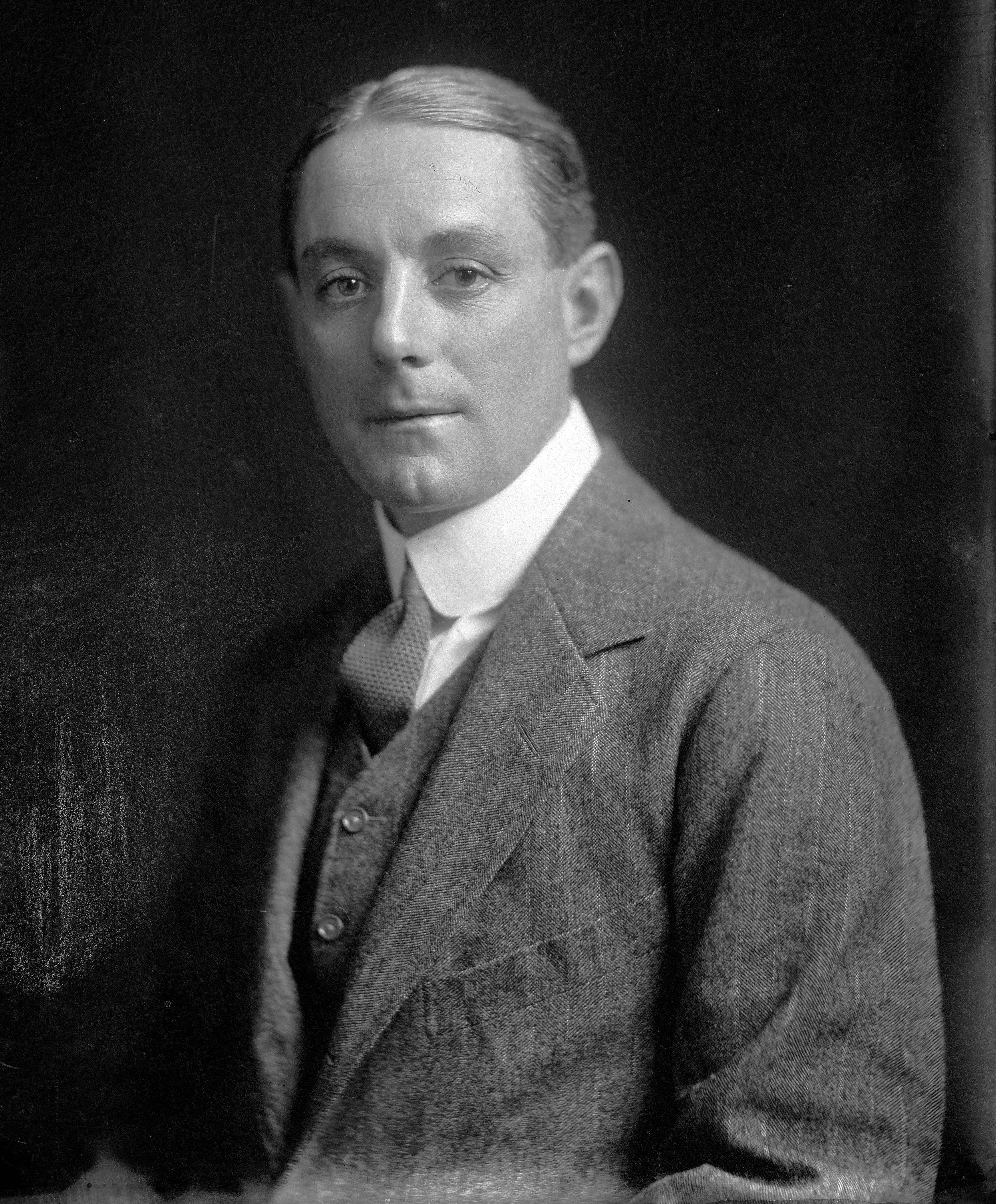 Nearly as dominant in women’s golf at a similar period was Eileen Williams (née Lewis) who was New Zealand women’s amateur champion six times between 1904 and 1922. She was also a golf administrator and team manager. The wife of a prominent Wairarapa pastoralist, she joined the golf club in 1907 but was mostly a country member. A set of her clubs sits on the wall of the Copper Room in the clubhouse. The club had a host of fine women golfers in its early years. Winners of national amateur titles included Vida Pearce (1903), Babs Collins (1910, 1912), Lucy Brandon (1911) and, later, Suzanne Collins (1938). (Babs Collins, who lived most of her life in England, was the aunt of Suzanne Collins [later Suzanne Hornabrook]). 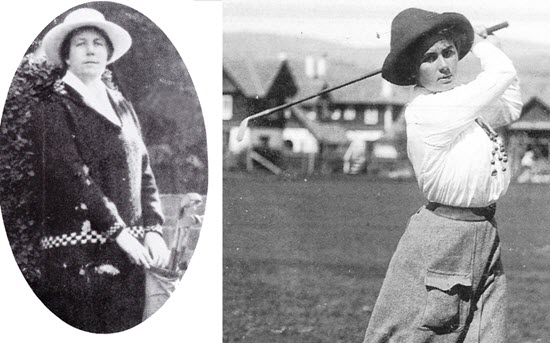 Left: Eileen Williams, date unknown. Right: Babs Collins posing for the camera at the Wellington Golf Club, presumably after one of her victories in the New Zealand women’s amateur.

Some fine male golfers were prominent during the mid-20th century. Snappily dressed Whanganui accountant Bryan Silk, who was mostly a country member, won three New Zealand Amateur titles. The supremely talented Guy Horne, also originally from Whanganui, won no fewer than 13 men’s club championships and fashioned a remarkable record in local club golf. He won one New Zealand amateur title. In 1997, he made a generous donation to establish the R & A Quaich Fund to support the costs of that recently established event. Phyllis Crombie, sister of John Wilson, was a very successful provincial golfer before and after World War II. She won the club championship eight times and was good enough to play for New Zealand. Later, Judith Hanratty, also represented New Zealand and fashioned a fine record as an amateur over a period of 25 years, before spending her later professional life as a lawyer and company director in Britain.. She is still a member, 55 years after joining.

The modern equivalent of ADS would have to be Rodney Barltrop, who is still playing competitively well into his 70s. He won the New Zealand Amateur Championship in 1974 while a member at Miramar and began winning trophies at the club as soon as he joined in 1981. He won the men’s club championship 16 times, set the previous course record for an amateur (in 2003), won the New Zealand Senior Championship five times and its Australian counterpart three times. He has won many other club trophies numerous times, including the Ward Cup and Quaich. The man himself considers his greatest achievement is his competitive longevity and, as if to prove it, he is still playing interclub golf. Rodney was made an honorary life member for his contribution to the club and his remarkable golfing record. 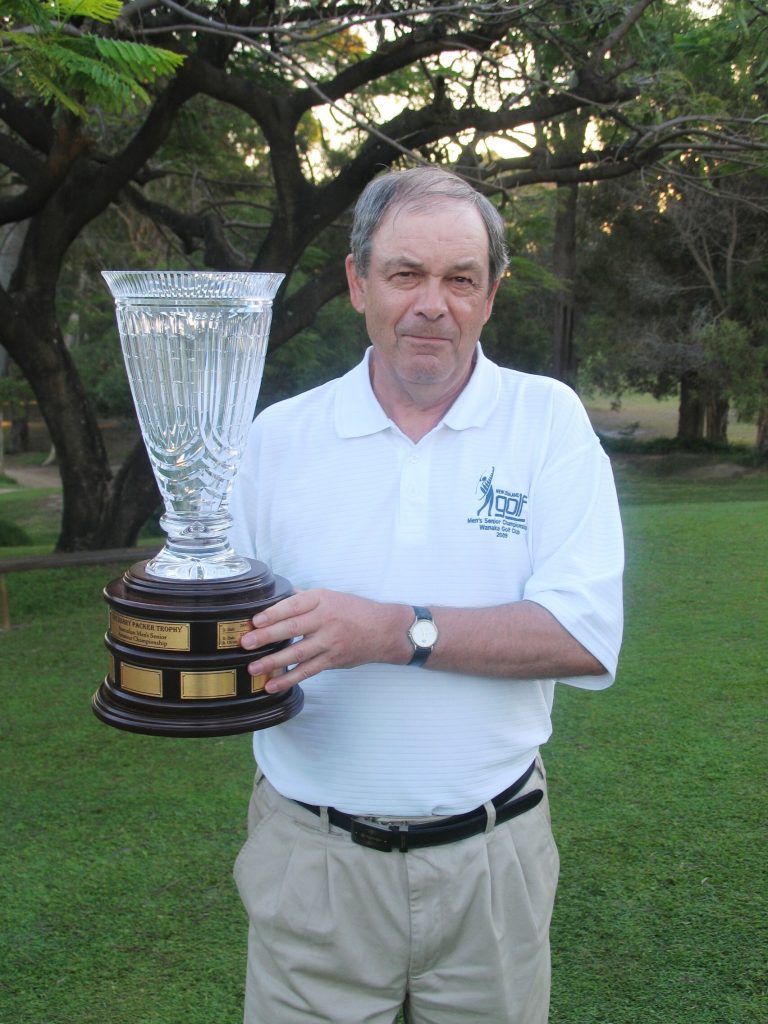 Rodney Barltrop, holding the trophy on the occasion of his third victory in the Australian Senior Amateur Championship, Bribie Island Golf Club, 2009.

Arguably the club’s finest women golfer in recent decades was Margot Oliver, wife of former professional Jack Oliver. She won 13 women’s championships, she was the No.1 player in the women’s interclub team for many years and a Wellington representative from as early as 1981. She was Wellington Champion of Champions eight times. If she hadn’t left the club to live in America in 2009, she would no doubt have added to that record. 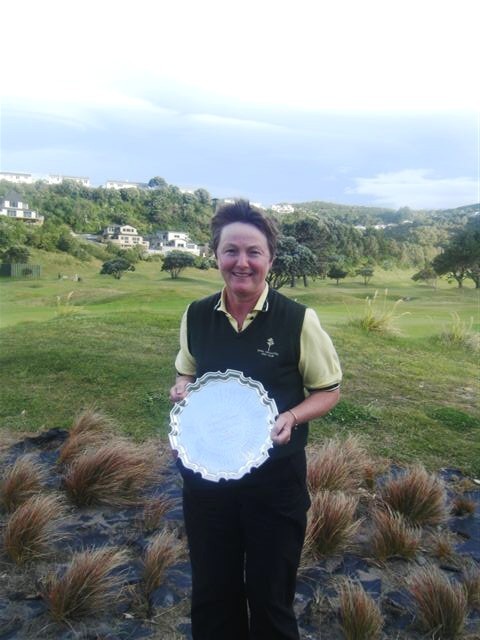 Margot Oliver at Miramar Golf Club with her Champion of Champions trophy, 2008.

In recent years, club members have gone onto bigger things in the game. The club has fostered a number of amateurs and aspiring professionals and hopes to remain a nursery for elite golfers as long as it exists.