Women and the establishment of Wellington Golf Club

The granting of equal rights to the lady members of the Wellington Club seems to have spurred them on to nobler deeds. … With Mrs Bell as captain, and such a capable hon. secretary as Miss Duncan, this side of the Club is likely to make much progress. (New Zealand Mail, 21 March 1901)

The pride taken in the influential role women have played in the history of Royal Wellington dates back to the very beginnings of the club. At Hutt Golf Club, women played no part in the club’s establishment and were only admitted as a separate entity three years after it was formed. The women at Wellington Golf Club carefully guarded this status and swiftly rebuffed any attempt to undermine it. That women were prominent in establishing our club and were given equal rights from the outset probably requires a much bigger explanation than can be accommodated here.

Universal suffrage was passed by parliament in 1893, at a time when women were beginning to stretch the boundaries of their conventional lives. Golf was an activity that attracted women with time on their hands, a love of the outdoors and a competitive spirit. It was also a sociable game and it offered an opportunity for the fashion-conscious to show off – just a little bit. In 1895, ‘golf capes’ were flying out of Kirkcaldie and Stains. 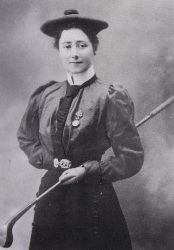 A young Ethel Duncan about the time of the founding of the Wellington Golf Club.

Ethel Douglas Duncan (1874-1946), sister of the famous amateur golfer Arthur Duncan, was arguably the most significant figure in the club’s formation. The daughter of Kathleen and John Duncan, the managing director of merchants Levin & Co., she visited the United Kingdom on an extended holiday in 1892-93 and had the opportunity to play golf in Scotland.

She was bitten by the game. Together with Scottish émigré David Howden, she sought out the land at Miramar that the first golf course was built on, using an association with the landowners, the Crawford family, that was forged in Wellington’s elite social circles. Ethel, an accomplished golfer, remained keenly devoted to the club all her life. She was lady captain four times and the club’s first lady president, a position she held for nine years from 1936-45. 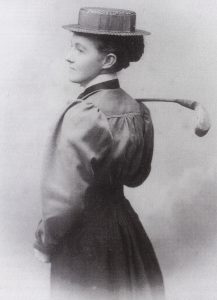 Caroline Bell  (née Robinson, 1853-1935) was the wife of Francis Henry Dillon Bell, later the first New Zealand-born Prime Minister, albeit briefly. At Caroline’s initiative, their house at Lowry Bay was made available for early discussions on forming a golf club in Wellington. Caroline was the first lady captain of Wellington Golf Club. Her daughter, Beatrice Enid Bell (known as Enid, 1888-1977), also a fine golfer, was lady captain three times, the first secretary to the ladies’ committee and lady president for 10 years from 1957-1967. Along with her mother and sister Violet, she volunteered for World War I, and, in 1918, was the first New Zealander to join the Women’s Royal Naval Service (WRENS). She and her sister received MBEs for their service.

Caroline Bell, described by her daughter Enid as ‘no golfer’, was nevertheless passionate about the sport and the club’s first lady captain.

After the first flush of engagement, women withdrew somewhat from the club’s administrative core and established their own structure, which they have carefully tendered since. This obscures both the status of women at our club and role that many influential women have played a part in the club’s history. The elevation of Viv Callender to club president in 2019, almost 125 years after the founding of the club, was a long overdue milestone that recalled the pioneering spirit of women’s golf at Royal Wellington. 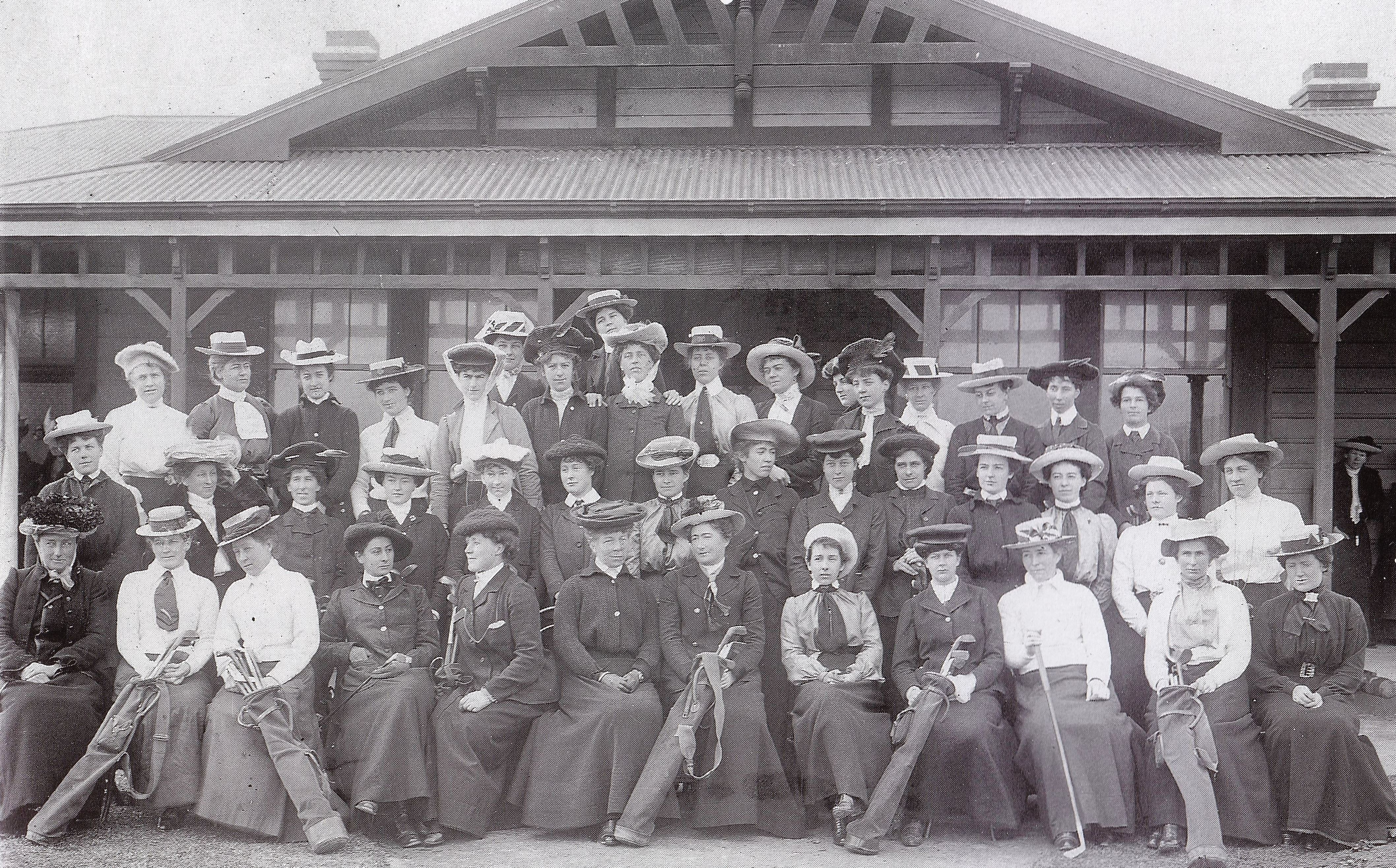 Women competitors in front of the clubhouse at Miramar during the 1903 New Zealand Amateur Championships.