Ambition has motivated the Royal Wellington Golf Club since its inception. The decision to shift the club from its well-established Miramar base to far off Heretaunga was breath-taking in its boldness and vision. After all, establishing a course close to Wellington was one of the reasons the club was formed.

The move to Heretaunga was done partly because there was a property for sale that, if secured, could give the club a permanent home with huge potential. There was sufficient confidence in the sustainability of the sport and the club’s membership that the move was not considered unduly risky. And at a time when few people had cars, there was a railway station not far from the course.

The club had considered staying in Miramar and had scouted land in Titahi Bay and Gear Island and even in the middle of Trentham Race Course (like Hutt Golf Club). Then, in March 1906, descendants of early Hutt settlers, the Barton family, offered the club 48.5 hectares of farmland between Barton Road and the Hutt River. The land was mainly river valley, cut by streams and swampy in places, with pockets of bush.

The purchase of the property was negotiated on behalf of the club by businessman Charles Bateson (1874-1912). Born in Liverpool, England, he was the son of a cotton broker and as a young man he emigrated to Queensland. He forged a successful business career, eventually joining the Trust and Agency Company of Australasia. He was appointed general manager of the firm’s New Zealand operations, then based in Christchurch. He moved to Wellington about 1902 and later bought a large property in Silverstream. In 1907, even before the course opened, Bateson was made the club’s first life member for his work in securing its permanent home.  He died in 1912, at the young age of 48.

Negotiations took six months and then a resolution was put to a special general meeting towards end of 1906. The gist of the arrangement was that the club would put the golf course on the river flat and set aside the land between Barton Road and the Maewahakona Stream for a clubrooms and other amenities and a subdivision to be offered to members. The sale of these sections, instigated and managed by a syndicate of members, would defray the huge cost of buying the land, building the golf course, building a new club house and moving the club from Miramar to Heretaunga. 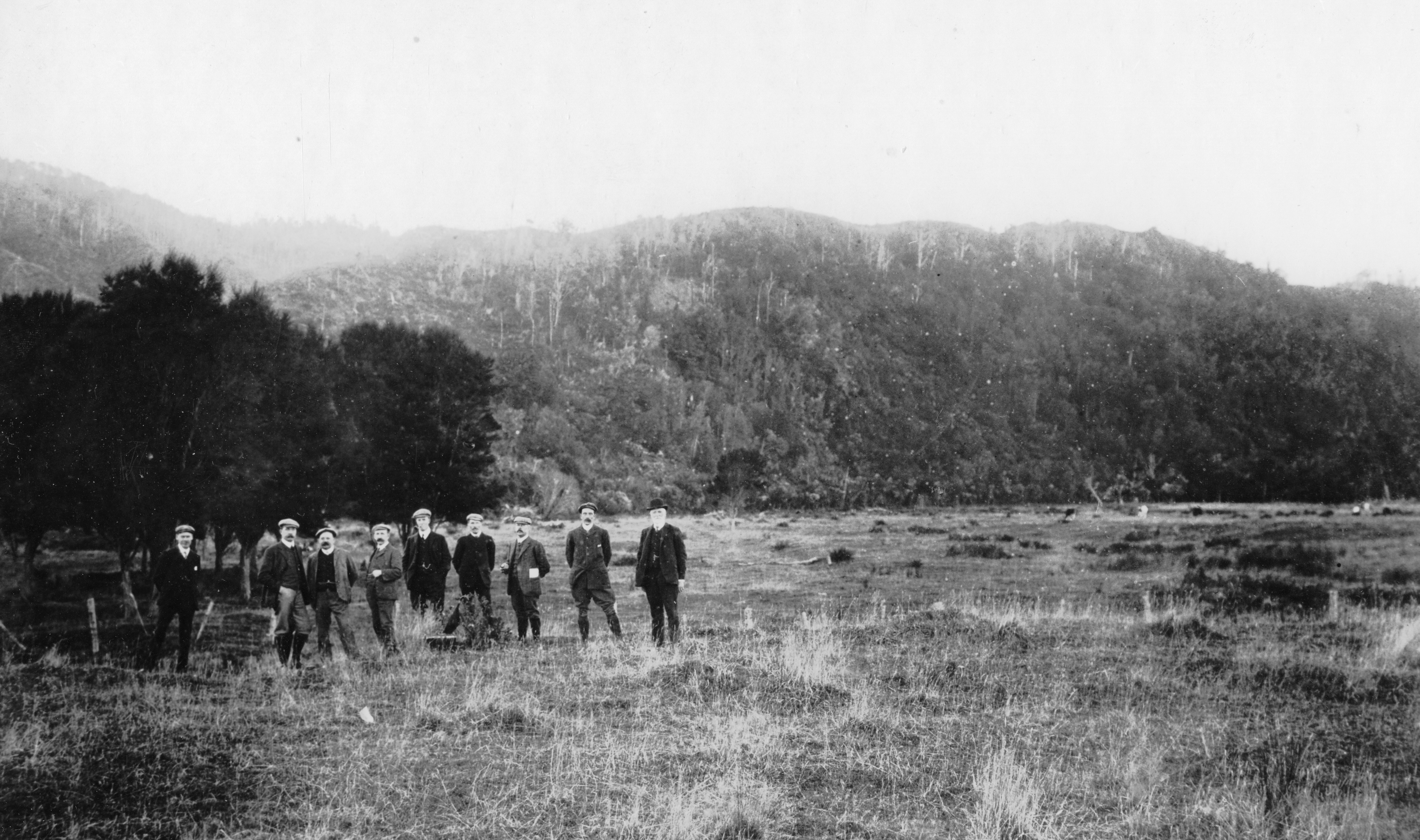 Such was the energy and confidence of the club that it also planned tennis courts, a croquet green, bowling green and polo ground (only the first two were built). The terrace sections were loyally taken up by members, mainly for holiday or weekend homes. Many of these houses remain in members’ hands, although most have been altered or extended.

Construction of the golf course, club house and subdivision took place simultaneously. The course was ready to play by autumn 1908. Prime Minister Joseph Ward, an enthusiastic member and president of the club from 1908 to 1920, formally opened the new course and club house on 25 April. The club’s greatest golfer, Arthur Duncan, already a notable player, drove the first ball from the 1st tee (located near the stream at the rear of the today’s 18th green). The shift to Heretaunga paid off immediately, with most members sticking with the club and a host of new members ready to join.

Part of a panorama of the course, taken about 1910, showing the remarkable transformation that had taken place.